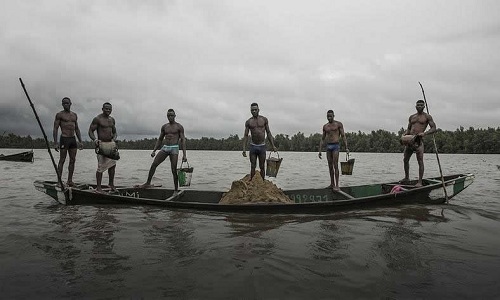 The Cameroonian tribesmen have developed ripped bodies from diving an average of 100 times a day to collect wet sand from the river bed.

The photos made our day, allow them to make yours! Australian photographer Hugh Brown captured a group of men working as artisanal miners in along the Wouri river in Cameroon. 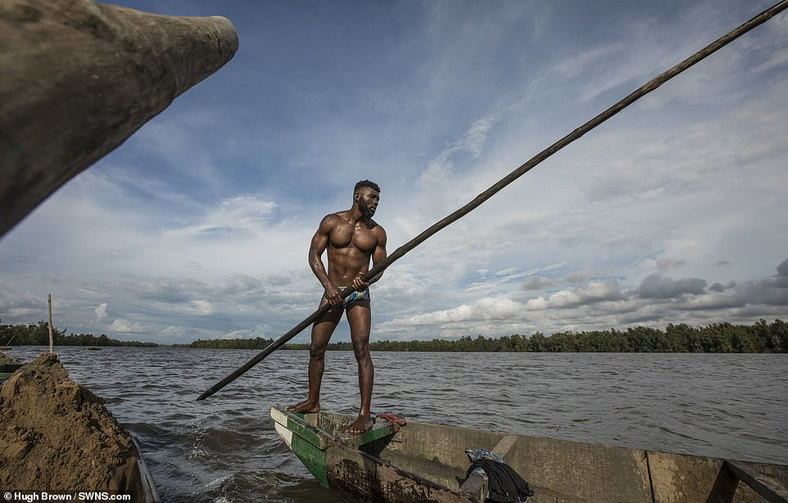 In the search of capturing men and women working in some of the most 'spectacular', remote and 'dangerous' work environments, he found the subsistence miners fetching wet sand from the river bed to be transported up the river and sold for construction purposes. The men are not officially employed by any company, but work independently. 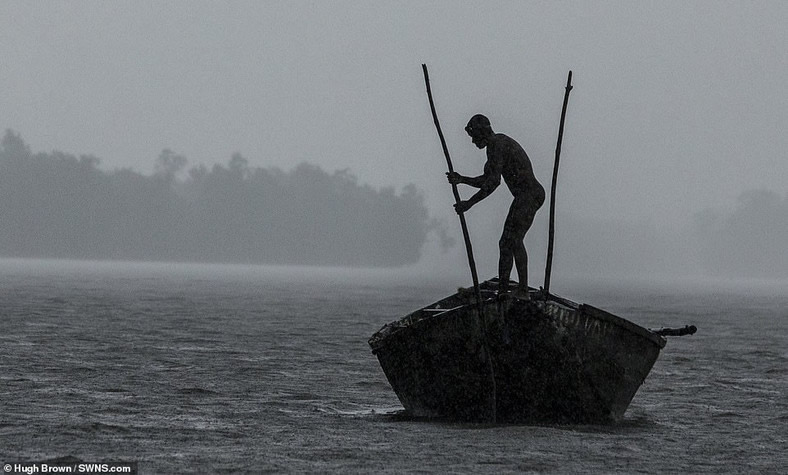 The divers risk their lives daily to make a living out of jumping to the bottom at least a 100 times in a shift. They make use of 3 kg steel buckets with holes punched in the bottom that aids the sand collect in the bucket.

Not only do the men have incredibly muscular physiques, they give sultry poses that make them look like they belong on the cover of a big editorial. 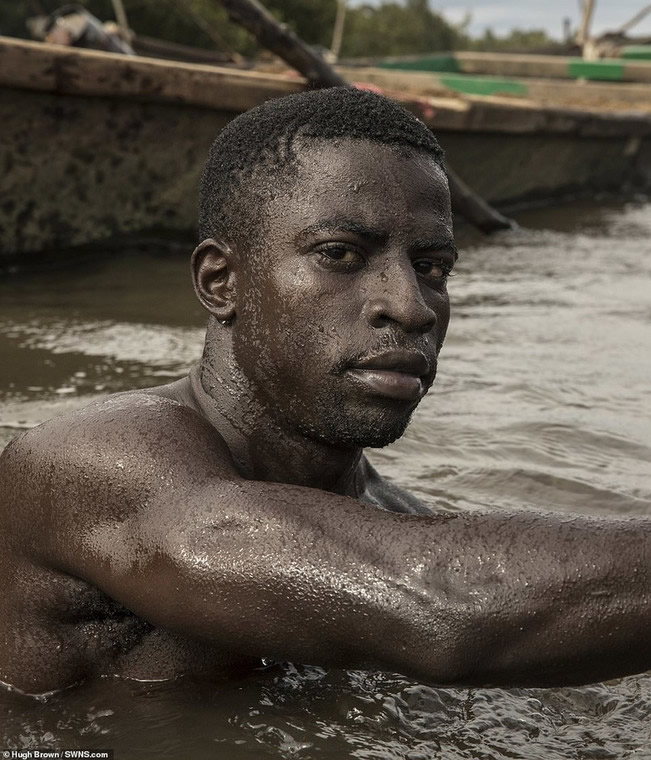