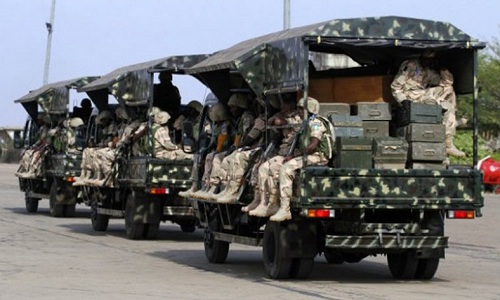 The Commander, Sector 3, Operation Lafiya Dole, Maj.-Gen. Olufemi Akinjobi has charged troops of the Multinational Joint Task Force (MNJTF) at Baga in Borno, to embrace team work and doggedness. Akinjobi said with team work, they will bring to an end the activities of the Boko Haram terrorists in the fringes of Lake Chad.

A statement by Col. Ezindu Idimah, the Deputy Director Army Public Relations of Sector 3 on Sunday, said Akinjobi gave the charge while addressing troops at Kinnasara Cantonment, Monguno. The commander encouraged them to be more committed, focused and proactive in the conduct of their operations.

According to him, the training and equipment provided for them, give them an edge over the terrorists. He assured the troops that their welfare was being given topmost priority by the Chief of Army Staff, Lt.-Gen. Tukur Buratai, and urged them to remain loyalty and offer selfless service to the nation.