Iwa Akwa: Understanding the culture behind the Igbo rites-of-passage ceremony 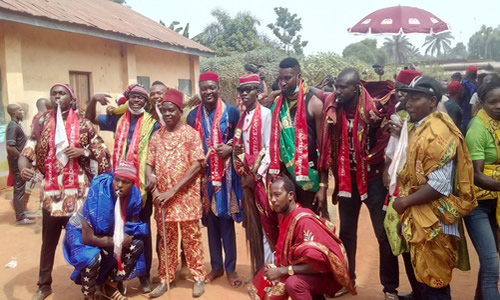 Coming of age ceremonies and rites of passage for men are common all over the world.

In Ethiopia, young boys who want to identify as men must successfully jump over a castrated, male cow four times while naked, symbolizing the childhood they are leaving behind them. In the small island of Vanuatu, young boys come of age by jumping off of a 98-foot-tall tower with a bungee-like vine tied to their ankles, just barely preventing them from hitting the ground.

Basically, the cultural traditions indicate that a boy is now a man.

In Igboland, Iwa Akwa, also known as 'cloth wearing', is an age-long tradition that symbolises an initiation into manhood. It is a ceremony that entails the passage of a young boy transforming into a fullfledged man.

When a young boy reaches a certain age around 21-26 years, and the family deems it time for him to partake in Iwa akwa, the elders make prior investigations to make sure he is eligible. This eligibility requirements basically include being of the right age and family background. The participant's mother has to have been married properly to the community and be identified by the women of the community, and the father has to have properly passed through the initiation stage in his days. The participant also shouldn't have any link or heredity with Osu (outcast).

After the prior investigations, the participant joins an age group and the family proceeds to prepare for the ceremony. Preparations include buying wrappers (George) from the market that is of very high quality and getting the reception event ready. 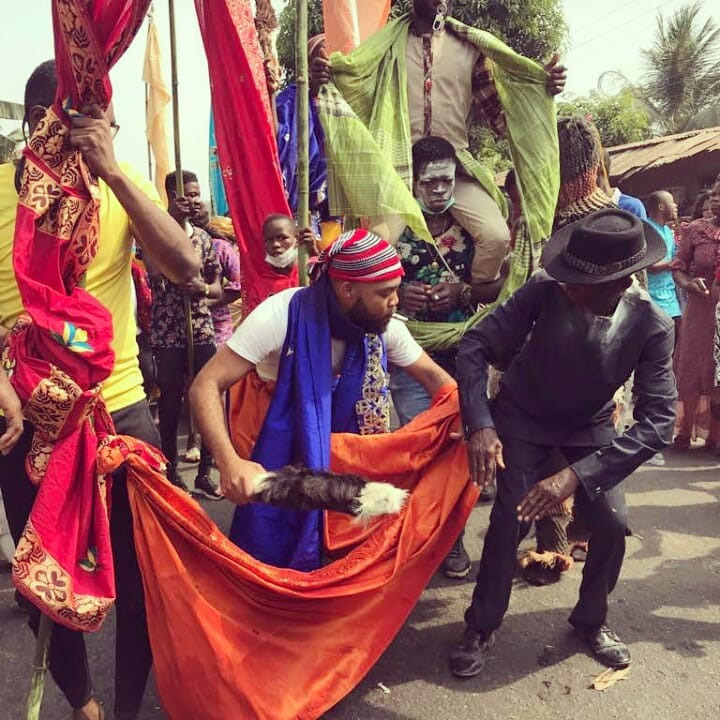 The activities include performing tasks dictated by the seniors who have gone through the process in previous years, spreading of the wrapper in front of their family compounds, blessing of the wrappers by a spiritual leader, wearing and procession along the streets on bare feet. All these will be followed by big reception celebrations in the respective family compounds from evening till whenever the family decides to end it. 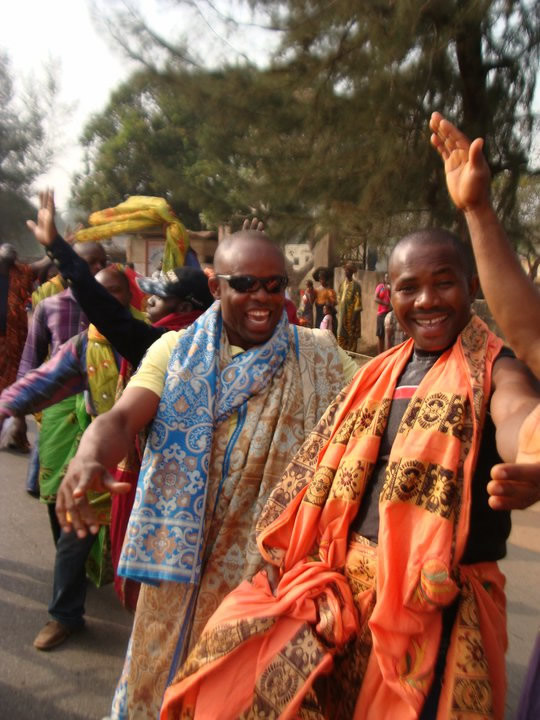 Successful participation is a proof that the man can now take up civil responsibilities within his community and family circles.

Many men wait till they're very wealthy before they come home to perform their Iwa Akwa, while some initiations are even done in absentia, when the participant is unavoidably absent. The ceremony is also open to women at times.

Now, the ceremony has faded across Igboland, but is still performed once in every three years, in some towns in Imo state.