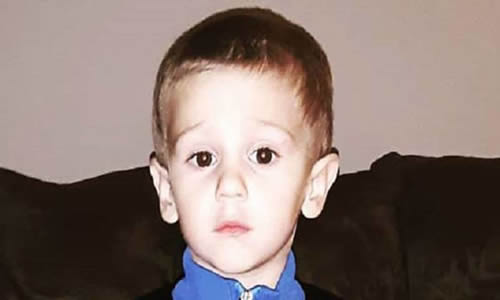 Casey Hathaway was found safe and well after sparking a massive search and rescue operation in North Carolina.

A three-year-old boy who went missing for two days has told his family he "hung out with a bear" in the woods.

Casey Hathaway was found by professional search and rescue teams near Cayton in North Carolina on Thursday, ABC News reports.

Craven County Sheriff's Office said they responded to a tip that the youngster was heard calling for his mother. Casey was found entangled in thorny shrubs about half a mile from where he went missing.

In a Facebook post that appears to have since been deleted, his aunt Breanna Hathaway said that Casey was "smiling and talking" after he was found.

North Carolina state is home to black bears that grow up to 6ft tall when stood on their hind legs. They have an omnivorous diet which includes fruits, berries and small mammals.

The wild bears are not known to befriend humans.

Casey spent Thursday night being examined by doctors at CarolinaEast Medical Centre, where hospital staff said he was "in good condition and will be released later today or tomorrow", WBTW News 13 reports.

His mother Brittany Hathaway said: "He is good, he is up and talking. He's already asked to watch Netflix so he's good, he is good."

Casey went missing from a home in the town of Ernul in Craven County on Tuesday afternoon.

His grandmother was reportedly inside the house while the youngster and two other children played outside.

Casey failed to return when the other children are said to have come inside. Authorities had been concerned that Casey wasn't adequately dressed for the cold temperatures.

He was found wearing his jacket still zipped up.