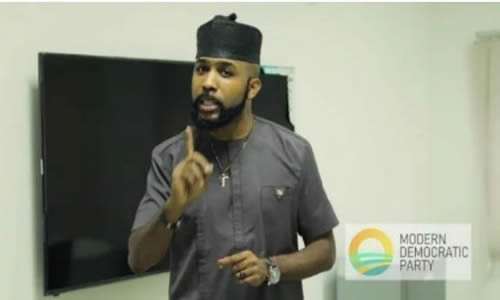 In the early hours of yesterday, a woman identified as Miriam Shehu on twitter, called out singer Banky W for allegedly receiving N57million from President Muhammadu Buhari.

She said the payment was reportedly meant for a campaign for President Buhari and was received by the singer, whom she claimed didn’t execute the project.

Banky W in his series of reactions said it is a false allegation and has threatened to sue the woman.

“Someone can tweet “Banky W has collected 57 million contract to do PR for Buhari” and get hundreds of retweets/believers in a few mins, without anyone actually bothering to ask for proof. It is COMPLETELY false, but noone cares for the truth. (1)

I can’t spend time engaging in a Twitter war with people who clearly don’t care about facts and truth, and prefer to push slander and lies because it makes for juicy news, regardless of who they need to drag in the dirt. (2)

I’ve called my lawyers, and sent screenshots of the latest lies and slander used against me. I hope the people who posted them are prepared to provide PROOF in court. Shey you have dragged my name in the mud again, you MUST provide proof of your accusations or you will go to jail

Instead of us to focus on infiltrating government at multiple levels, build capacity and open the door for more credible candidates to do the same, we want to hurl insults and lies at each other online on behalf of the very same leaders that have rubbished ALL of us. Shame. (4)

We are angry and frustrated at the people in power so we attack any and everyone else blindly, regardless of how completely false and outrageous it is. Classic case of “a lie travels halfway across the world before the truth has a chance to put on its shoes”.

I’m in an uphill battle, going up against the two major parties, but I believe it is one worth fighting. We need to infiltrate Govt at the community level, & build capacity. I hope to inspire others to do the same. The problem is from the top but the solution is from the bottom.” 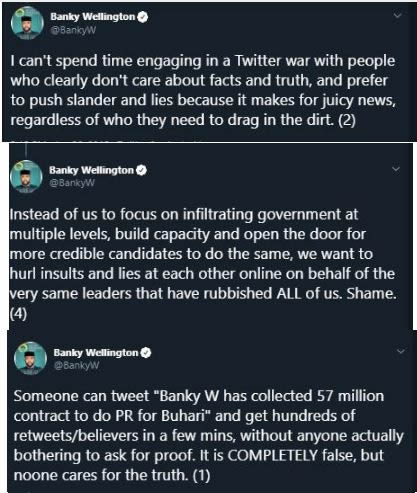 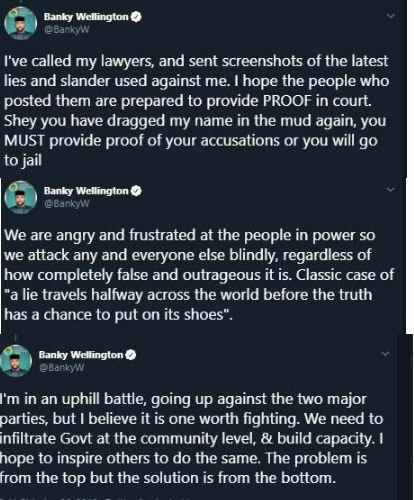