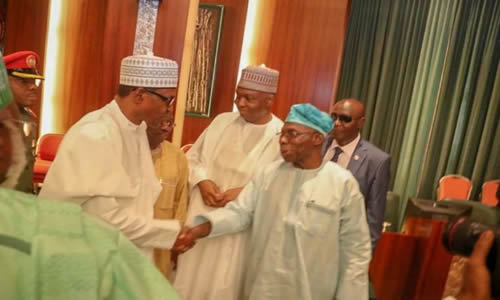 President Muhammadu Buhari is currently presiding over the National Council of State meeting at the Presidential Villa, Abuja.

The Council of State is an organ of the Federal Government saddled with the responsibility of advising the executive on policy making. The meeting which is being held inside the Council Chambers began at 11:00am. 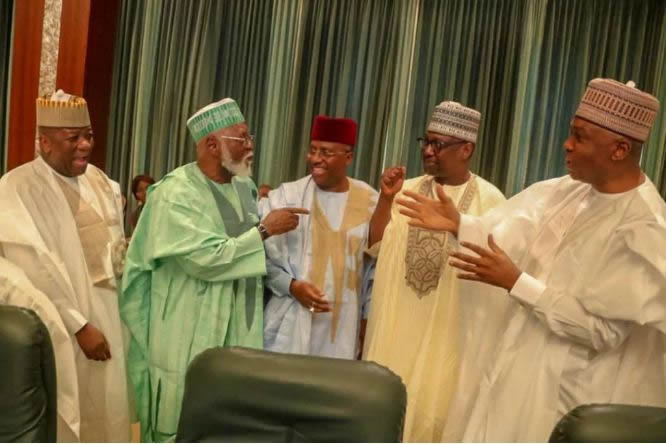 The Secretary-General of the Federation, SGF Boss Mustapha said apologies were sent from Fmr Head Of State, Yakubu Gowon, IBB, for not attending the meeting.

The council comprising president as chairman and vice president as deputy chairman, has as members all former presidents and Heads of State, all former Chief Justices of Nigeria, President of the Senate, Speaker of the House of Representatives, all state governors and Attorney-General of the Federation as members. 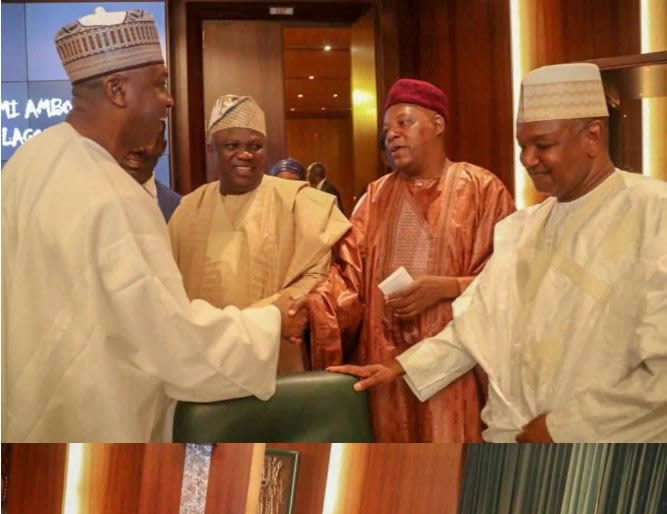 Without mentioning details of the agenda during the opening session, the Secretary to the Government of the Federations, Boss Mustapha said that the meeting will discuss five-point agenda.

Issues expected to be considered at the meeting include the National minimum wage, and confirmation of the appointment of the Acting Inspector General of Police, Mohammed Adamu. 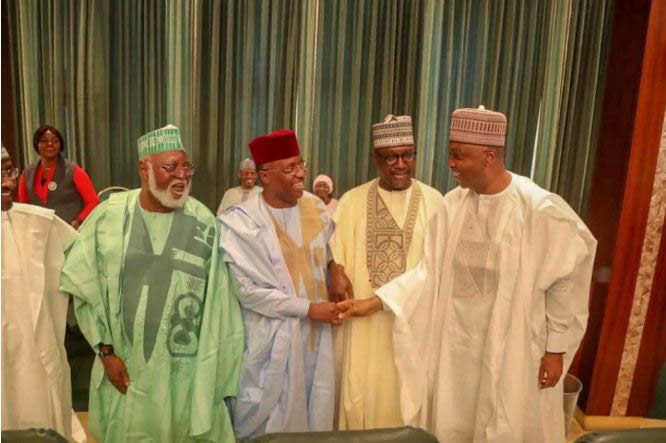 The forthcoming general election and security of the nation are also expected to engage the attention of the Council of State.

Former President, Olusegun Obasanjo and President Muhammadu Buhari also met and shook hands before the commencement of the meeting.

This is barely 24 hours after the former President released a statement condemning the Buhari administration.